The film showcases how Arnold Palmer revolutionized and transcended the game while becoming one of the most beloved figures in sports history. Arnie features interviews with more than 100 people spanning U.S. presidents, elite athletes and pop culture icons, all weighing in on Palmer’s contributions to sports and society. The film is broken into three parts, providing a glimpse into each phase of his life: Arnie & His Army, Arnie & His Majors, and Arnie & His Legacy . Narrated by Tom Selleck. A fourth installment, Arnie & Me, spotlights fans' video love letters to Arnold Palmer in which they highlight their personal connections to "The King".

Trailer
Clips & Highlights
Arnie: Under the Umbrella
Arnold used his accomplishments and popularity on the golf course to develop a brand that would make him one of the most successful athletes on the planet.
Arnie: The King
Inside the ropes Arnold Palmer was known as one of the games great competitors but it was his connection with people outside the ropes that made him “The King”.
Arnie: Home Sweet Home
Take a trip to Latrobe and see why it has always been a special place for Arnie.
Arnie & Me: Trailer
These are the stories of how Arnold made that special connection with his fans. Arnie’s Army shares their personal stories of love and admiration for the King.
Arnie & Me: Arnie's Army
Arnie’s Army was born in Augusta in 1959 and his fans have been some of the most loyal recruits of all time.
Arnie & Me: Latrobe
Hear stories from the fans as they visit Arnie’s hometown.
Arnie & Me: Photos
A picture is worth 1000 words but what is a picture of Arnie worth?
Related Content 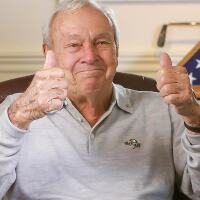 Arnie: Man above myth and legend 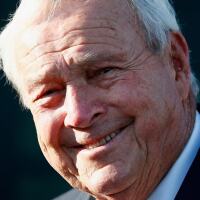 Arnie: Palmer timeline through the decades 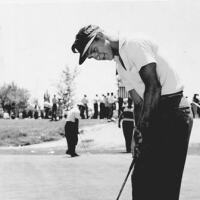 Best Of: Arnold Palmer through the years
Arnie brings memories and perspective to the course Arnold Palmer first set on America’s sports and culture more than a half-century ago.

What might be the most important project in Golf Channel’s 20-year history.

Arnie is a classically dutiful documentary, featuring mellifluous narration by Tom Selleck and gauzy tributes to the man and his game.

The kind of biographical treatment usually reserved for U.S. Presidents.

Arnie delivers a depth and attention to detail that will transcend into an educational experience for even the most loyal of Palmer’s enlisted soldiers.

The most ambitious documentary in Golf Channel’s near-two decade history.

There are two givens about Arnold Palmer: He could be the most documented athlete in history. Fans can never get enough of Arnie. Golf Channel is out to prove both are true.

What better way to cap Masters Sunday be spending time with Arnie.