Commemorating the historic moment when Annika Sorenstam became the first woman in the modern professional golf era to test her mettle amongst the men in the 2003 PGA TOUR event at Colonial. The film details how and why the World Golf Hall of Fame member and best female golfer of her generation came to play in the tournament, revealing the immense pressure she felt and how it changed her outlook on her life and career forever. Go Annika also incorporates Sorenstam’s return visit to Colonial a decade later, where (to her surprise) she is reunited with her playing competitors from 2003 – Aaron Barber and Dean Wilson – for a casual round of golf to reminisce about their experience together inside the ropes.

Trailer
Clips & Highlights
How it all Started
It was just a normal press conference at an outing at Bay Hill that got it all started. Annika was all in from the beginning.
Small Town Girl
Growing up in Bro, Sweden Annika learned the game in an unusual setting. A move to Scottsdale, Arizona to attend college put her on a winning path.
All Eyes on Annika
Annika arrives at Colonial under some serious scrutiny and unsure of how well she will be received.
Related Content 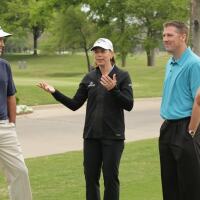 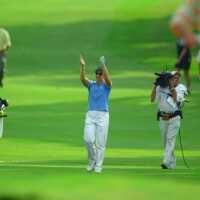 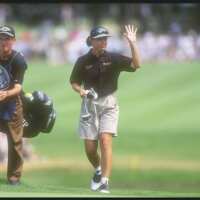 Best of: Annika Sorenstam through the years
Stepping into their male-only realm, Go Annika recounts the ‘side-show’ aspects of the experience.

A walk back in time.