The film details the epic duel between Johnny Miller and a then 19-year-old phenom Seve Ballesteros at the 1976 Open Championship at Royal Birkdale, while also exploring the style and culture of the 1970s. Though young Seve would lose the Open that year, it represented the Hall of Famer’s breakthrough as well as a dramatic shift for European golf as a whole. Major golf figures of the era, including Gary Player, Tom Watson, and Miller himself, appear to offer their commentary both the historic golf tournament and the decade it occurred in.

Trailer
Clips & Trailers
Where it All Began
Take a trip to Pedrena. A small farming town in Northern Spain… where it all began for a young caddie named Severiano Ballesteros.
Back in Time
Golf was a very different game in 1976. From the fashion to the music, there was definitely a different vibe.
Round 3
David Feherty sits down with England's Tommy Fleetwood in an often humorous conversation detailing Fleetwood's recent emergence as one of the world's top players.
Related Articles 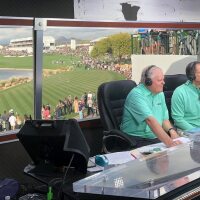 Off he goes: Behind the scenes of Johnny Miller's broadcast farewell 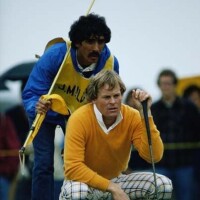 Best of: Johnny Miller through the years 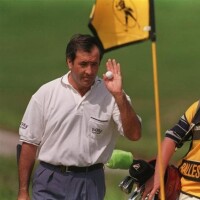 Best of: Seve Ballesteros through the years
One groovy era.

The intersection of The Open Championship, pop culture and European golf resurgence.

Breaks the mold by looking outside the sport’s horizons.

Summer of ’76 is terrific. There’s no other way to describe it.