Chronicling the story of the little-known, but rich history of the African-Americans who had the courage to stand up for their rights and pave the way for future stars of golf. The film celebrates the golfers who confronted prejudice and endured indignities for the right to play golf at its highest level. Narrated by Samuel L. Jackson.

Trailer
Clips & Highlights
Stanley Mosk
The Attorney General from California stands up for the black golfers of this era.
The Hustle
James Black knew how to make money playing golf… just not on the professional tour. 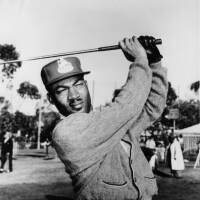 Best of: Charlie Sifford through the years 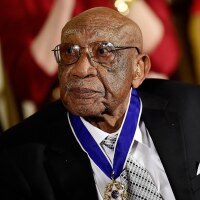 Sifford receives Medal of Freedom at White House
Elegant portrait of black golfers who never got to play against the best.
Golf.com
The most compelling portrait I’ve seen of the black golfers who never got the full opportunity to play against the best in the world.
Golf.com
A monumental achievement that should be seen by all lovers of the game.
Golf.com
Uneven Fairways is necessary to see to reinforce the notion that nothing in this country has come easy to those born of color.

A fascinating look at the lengths to which black golfers went.